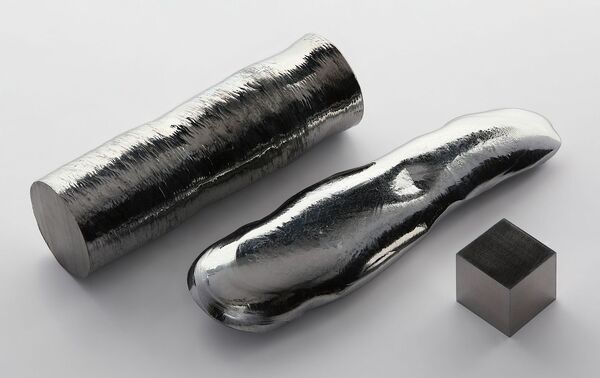 Rhenium
Rhenium is a silvery metal that resists corrosion well and has exceptional heat tolerance. Its specificity is that it is not attacked by hydrochloric or sulfuric acid. However, it dissolves in nitric acid.

Rhenium has few applications, owing to its scarcity and high production costs (in 2013 its estimated price was $3,200/kg, in the form of 99.99% pure pellets), but its use in aeronautics is strategic. It is usually extracted from molybdenumdusts in industrial furnaces, of which it is a grey powdery by-product, but rhenium is also found in trace amounts in some minerals.

Rhenium is used to improve the thermal resistance of filaments in electric furnaces, in the production of thermocouples and as a catalyst in the chemical industry.
> Technical data